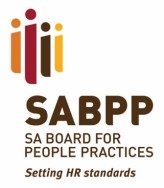 Today  is Workers’ Day.  Leo Tolstoy said “work is the inevitable condition of human life, the true source of human welfare.” As we reflect upon the role of workers in society, despite the perpetuation of work being dominated by  the role of employers, we are reminded of the enormous progress that has been made.  The reality is that up to the middle of the twentieth century, work was characterised by slavery, exploitation, discrimination and the gross violation of human and worker’s rights all over the world.  Jeremy Cronin reminds us of the perpetuation of inequalities in certain sectors of the South African economy. He states in the Sunday Times: “Black workers and the urban poor continue to be hugely disadvantaged by their geographical marginalization in dormitory townships.”

“Work is the inevitable condition of human life, the true source of human welfare.”
Leo Tolstoy

However, there is sufficient reason to believe that the recent spate of xenophobic attacks in Durban and Johannesburg has more to do about work and unemployment than xenophobia per se.  At the centre of the crisis is the reality that in an environment of high unemployment, South Africans and non-South African compete for work and that opportunities and resources for both groups are limited.  Perhaps it is appropriate today on Workers’ Day to focus on the central need of the xenophobia debate, i.e.  the need for work.

The history of the Workers’ Day goes back to the 1886 Haymarket Affair in Chicago, (USA) where police tried to disperse a large crowd of striking workers who were demanding shorter hours of work. A bomb was thrown at the policemen by an unidentified assailant resulting in the law enforcers firing live ammunition at the defenceless crowd. Since then this day has been used by the working class across the world to emphasise the need for fair labour practices and conditions of employment.     In South Africa on Workers’ Day we also celebrate the role played by trade unions and other labour movements in the struggle against apartheid.

However, over the last three decades across the world, there was more progress in workers’ rights than in the history of work before. The recent trend toward an employment value proposition, very often reflected in awards such as “the best company to work for”, signifies a shift towards a full realisation of the importance of creating a work environment where employees can flourish, as employers realize that this contributes directly to the “bottom line”.  The world’s first set of National HR Standards developed by SABPP in 2013 is further evidence of the need to  get the centre of any organisation right, i.e. work.  Without work there is no organisation.  We can now reflect on the 3 R’s we celebrate today:

In celebrating the above, we are reminded that we need to continue striving towards exercising our rights, accepting our responsibilities, and achieving results.  At times, further sacrifices may be needed to achieve an optimum balance between rights, responsibilities and results.

However, work and the workplace has changed dramatically over the last five years given unprecedented advances in technology. The question is whether workers have also changed.  Are we as workers and employers ready for the technological revolution spearheaded by advanced technological innovation and the explosion of social media?  The latter phenomenon has already toppled governments through the power of instant communication, connection and engagement as the new source of individualised and collective empowerment and democratisation.  Despite fair labour laws and the gains made by workers in recent times, the reality is that workers still face significant challenges that could take decades to resolve:

But what exactly should employers do to show their commitment to worker rights and empowerment? The SA Board for People Practices proposes the following key actions:

“He who works diligently need never despair; for all things are accomplished by diligence and labour.” Meander

Yes, we should celebrate workers’ day, not only today, but every day. We need to acknowledge that worker rights have to be balanced with responsibilities.  As Menander stated:  “He who works diligently need never despair; for all things are accomplished by diligence and labour.” Stronger employer-employee collaboration is needed to assist workers and companies in dealing with economic challenges.  A more mature employer and employee are needed in the modern work environment. Likewise, both parties need to realise that they have a wider more all-encompassing role to play, and that is to contribute to worker empowerment, socio-economic development and sustainability. Let us continue to advance worker empowerment to grow people, economies and nations.

This article was written by Marius Meyer, CEO of the SA Board for People Practices (SABPP).  For more information, you can follow SABPP on twitter @SABPP1 or visit their website on www.sabpp.co.za