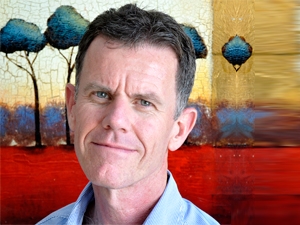 In 2004, Terrance Booysen co-founded CGF Research Institute (CGF), where he is an executive director and majority shareholder. Through Booysen’s guidance and expertise, his company specialises in researching and producing monthly corporate governance reports which underpin many of the company’s extended governance consulting services. CGF’s reports are externally peer reviewed and approved by subject-matter experts found mostly within the audit, legal and specialist organisation fraternities, both locally and abroad.

Booysen is an accredited speaker and regularly presents to business and government leadership through seminars and keynote addresses on GRC covering the corporate, SME and government sectors. He has published numerous GRC-related articles, addresses CEO forums and regularly serves as an independent judge of national business awards. He is also a regular guest of national television and radio talk shows, and is considered a subject matter specialist on corporate governance.

Booysen has been appointed as a strategic partner to international events such as the ICGN 2007, World Climate Summit 2011, the MDG Review 2012 Summit and the Southern African Compliance Awards 2014.

In 2013, Booysen was recognised by the Worldwide Who’s Who organisation for his business accomplishments and knowledge within the arena of corporate governance. In 2014, he was named the SADC regional winner and SA country winner in the SME sector by the international Titans-Building Nations Awards. Through these recognitions, Booysen forms part of an extensive international network comprising diverse and talented professionals, helping members to develop strong personal brands in order to distinguish themselves from others in their respective industries.

Booysen also serves as an honorary patron of the Proudly South African ~ CGF school governance annual awards. He is also a member of the institute of bankers Leselo appeals panel and is a guest lecturer at various universities and business forums.

Prior to CGF, Booysen held senior managerial and executive positions in the banking industry over a period of 18 years, having also attained his MMP, AMP and EDP through this period. He also served in an executive position at IBM SA, covering thought leadership in the financial services sector, before entering the market as a freelance consultant, specialising in smartcard banking, e-business and the corporate governance arenas.