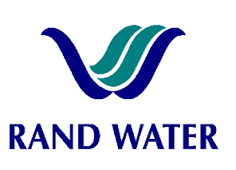 Hudson is currently employed as a Senior HR Manager within the Strategic Human Capital Portfolio at Rand Water. Prior to this role, he was the Human Resources Manager for Scientific Services Division until February 2012. Overall, Hudson has served in various managerial roles within the HR space for more than 15 years. He is a certified Neuro-Linguistic Programming Practitioner and Life Coach. He also has certificates in Coaching Learners (NQF level 3) and Mentoring Colleagues (NQF level 4). He has completed a Masters of Management in Business and Executive Coaching (MMBEC) at the Wits Business School and his research title focused on “The influence of coaching on perceived job performance of newly promoted managers”. Furthermore, Hudson has obtained an M. Tech Degree in Public Management from UNISA and his research was published by Lambert Academic Publishers as a monograph in Germany. Amongst other qualifications, he also has a B. Hons Degree in Industrial and Organisational Psychology from UNISA. Until recently, he was a Full Member of the Society for Industrial and Organisational Psychology in South Africa (SIOPSA).